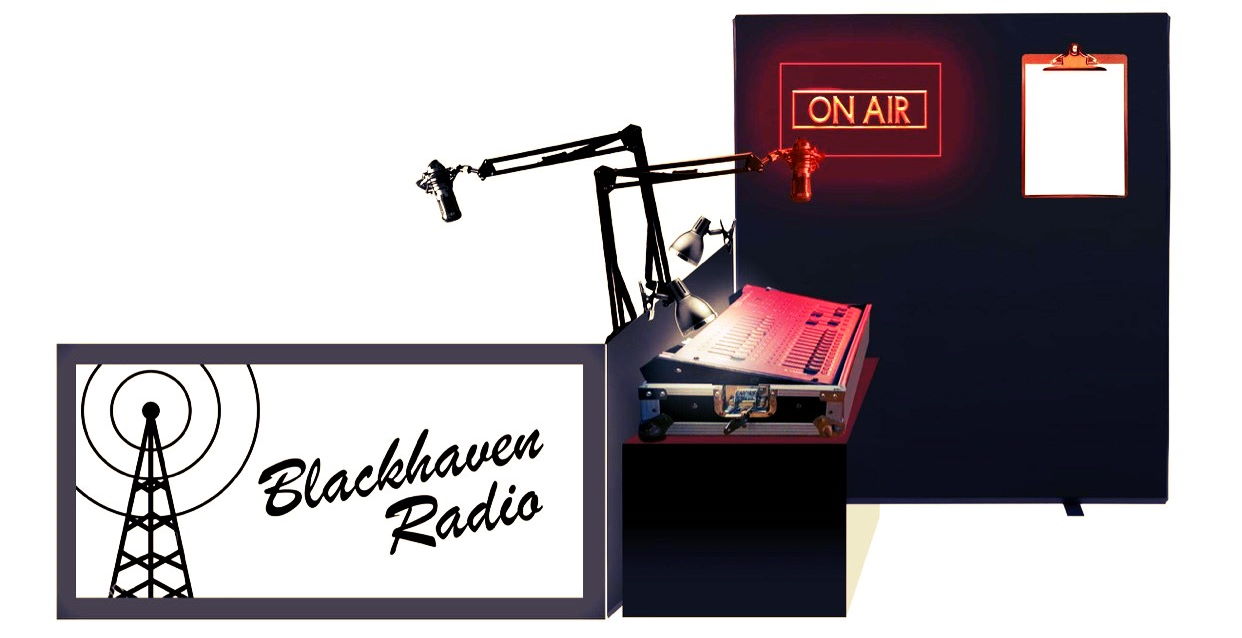 Building a stage set is always enjoyable, but it's also expensive and demanding. For Blackhaven in 2020, we chose to create a pop-up radio station. Unfortunately, owing to the Covid-19 epidemic, neither the set nor the show would ever be presented publicly. 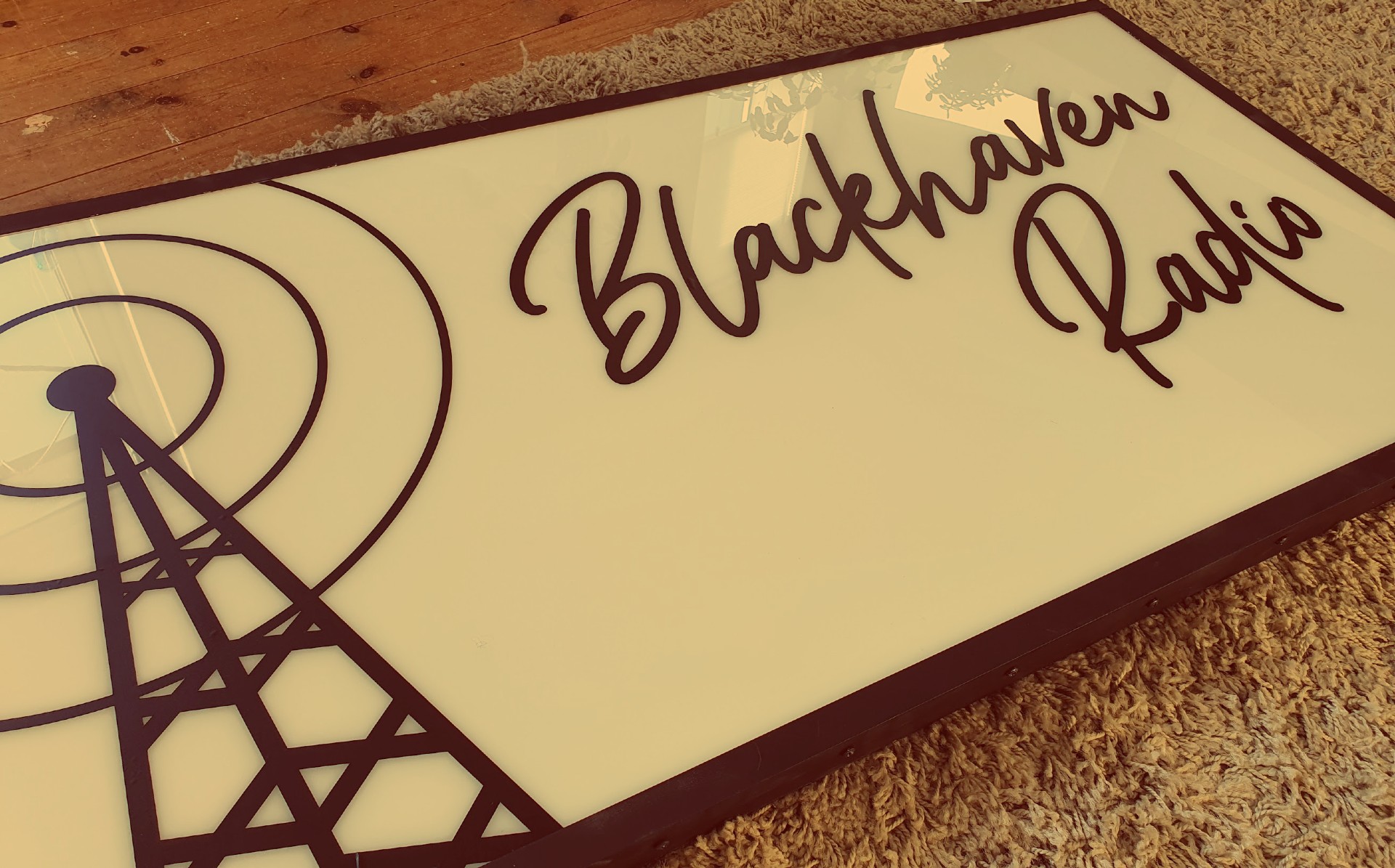 Above: Hand made lightbox with radio station logo

Unfortunately, we were only able to use it for one practise, however the combined lighting effects were fantastic. We were eager to show off some of the unique features that had been tucked away.

Above: Skeleton version of the set was used for a single rehearsal

The set was entirely adjustable and could be broken down into portions with the pull of a bolt, and the Z shape made it extremely stable, eliminating the need for extra supports. 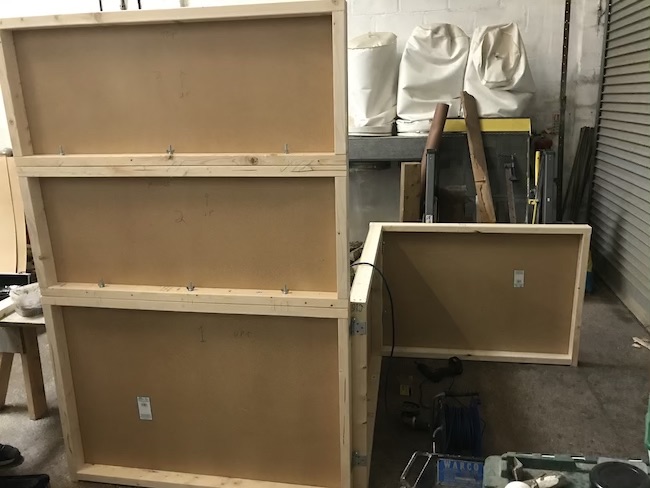 Above: The popup set being built in the workshop

The set had a hidden feature: a handcrafted integrated special effects box that allowed the performers to control lights from the stage. The lighting effects box worked beautifully and would have resulted in some pretty spectacular visual moments. 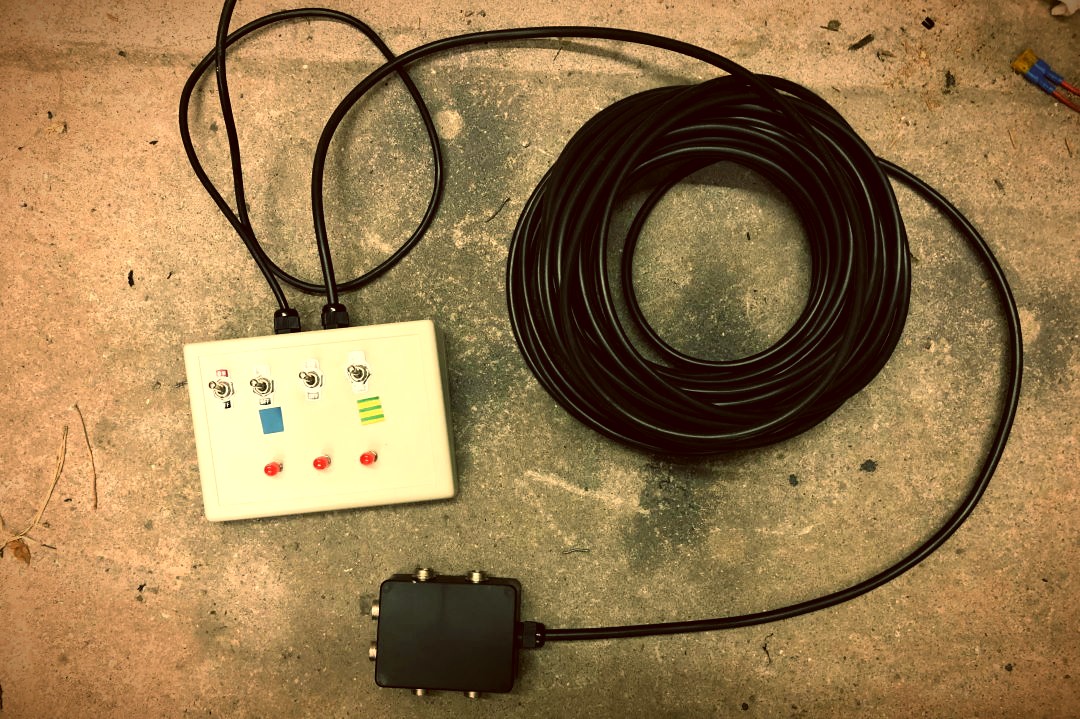